This blog will track the creation of a new book, including papers, keynotes, and rough ideas written by me, with links to others asking similar questions in  a variety of forms and media.

This will be a loose collection of thoughts and experiences and contributions/reactions are actively welcomed. It is unusual (my publishers tell me) to do this. Let’s make something different.

Contemporary global culture, rooted in neoliberalism and free market forces, tends to emphasise appearance over substance. People and organisations are assessed in terms of image, whether of bodies or reputations. Social media encourages each of us to develop our own public persona. Individuals and institutions compete in what Fairchild (2007) calls ‘the attention economy’.

This demands that organisations ranging from local charities to multinational corporations employ professional PR staff; successful management of attention contributes to their success. Institutions, including hospitals and universities, not only have to operate as sites of healthcare or education, they have to ‘perform’ these roles to secure funding and approval.

Moreover, in the age of hypermodernisim, they have to do so at speed. Everything is always urgent.

This book examines the role public relations and communication management have played in the generation and maintenance of this culture of appearances and high velocity. The field of PR practice and education has expanded in the past half century, alongside the growth of free market liberalism.

If this linkage is causal, what are the ethical responsibilities of the PR and communication management profession? In particular, the book argues for the re/introduction of slow or deep communication practices. This argument draws on social developments like the slow food movement, but is rooted in Jungian psychology which emphasises depth in relationship with self and others. In an age of surface appearance, the case for going behind the mask needs to be heard.

The theoretical underpinnings of this discussion are found in Erving Goffman’s (1959) notions of ‘frontstage’ and ‘backstage’ and Carl Jung’s concept of Persona. These scholars emphasise the social construction of identity and the performance of roles, individually and collectively.

As Curtin and Gaither (2007) point out, public relations work involves shaping, reflecting and communicating identity for organisations and individuals. PR is in turn shaped by the professional identity both of the field and individual public relations practitioners (Fawkes, 2015). The role of public relations in generating pseudo-events and false narratives is well documented in Boorstin (1961), Lasch (1979), Davies (2009), Stauber and Rampton (1994) and Davis (2013). Recent commentary on illusion, narcissism and celebrity culture (e.g. Hedges, 2009; Cruz and Buser, 2017) adds depth to this discussion, through examination of cultural complexes in the US and other societies.

Jungian psychology also offers a (not the) remedy through reflection and engagement with the hidden aspects of the individual, group or society. The antidote to shallow communication, then, may be what she terms ‘depth communication’. This builds on communication theory and practice  which develops dialogue with self and others. While this will not always be appropriate, it offers a counterargument to the emphasis on appearance over substance she, and many others, believe is distorting our collective culture.

This book brings to bear a range of qualitatively apprehended, grounded observational and philosophically speculative traditions, including reflexivity, performativity and culture, to offer a new foundation for the conceptualization of public relations. This important, emerging field of research and practice has profound implications for public relations, communication and cultural scholars, as well as those researching professions, identity and the challenges of the changing communication environment. 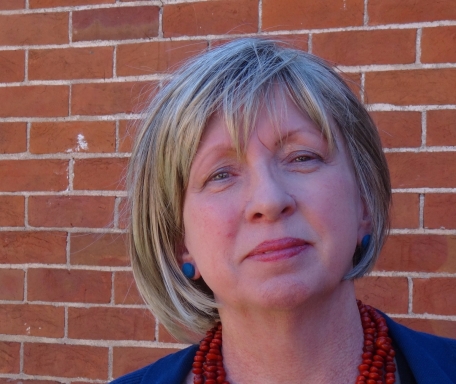 Dr Johanna Fawkes is Principal Research Fellow at the University of Huddersfield, UK. She is Principal Investigator in a 2-year, university-funded research project to create a global capabilities framework for the public relations profession. Working with Professor Anne Gregory,  a team of leading academic advisors from around the world and the Global Alliance for Public Relations and Communications Management (GA), the project aims to deliver a usable framework for professional bodies, practitioners and educators.

The project was launched at the World Public Relations Forum in Toronto, May 2016 (see news item: project launch). For more details, go to

Johanna will also be working on her own research projects, including a chapter on PR ethics, an Encyclopedia entry on ethicist Seyla Benhabib and variety of conference and journal papers. She is also preparing a book proposal on PR, culture and performance.

From November 2011 to March 2016, Dr Fawkes was Senior Lecturer in Public Relations at Charles Sturt University, Australia, where she re-structured and led the Doctor of Communication, supervised several PhDs and contributed to the undergraduate review of courses. At CSU, she completed her first book, Public Relations Ethics and Professionalism: the Shadow of Excellence (Routledge, 2015) and was the driving force behind MASK, a creative, transdisciplinary symposium on performance, communication and the professions in May 2015, which encouraged researchers to revel in the exchange of ideas.

From 1990, following fifteen years in British local and national public sector PR, Johanna devised and delivered some of the first PR degree and professional courses at three UK Universities. She ran the largest PR degree in Britain for many years at Leeds Metropolitan (now Beckett) University until becoming an independent researcher in education, health communication and housing communication. She was Chief Examiner for the Chartered Institute of Public Relations and advised on education policy, before completing her PhD in 2011.

In addition to her book, which is part of the Routledge New Directions in Public Relations Research, Johanna has written papers for a variety of international journals and conferences (including two prize winners), and contributed several chapters to leading PR text books (see Publications for details). Johanna is a member of the Institute of Communication Ethics (ICE) Advisory Board, the editorial board for the Public Relations Journal of Inquiry, Persona Studies, the online journal fusion and was book reviews editor for the Journal of Communication Management 2007-10 and External Examiner for the PR courses at Stirling University from 2011- 2015.